One of the obstacles that pharmaceutical companies and researchers face in the development of new therapeutics is bacterial mutation. 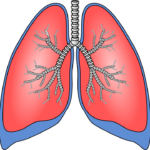 Some medications take, on average, a decade of testing and rigorous filing for regulatory approval, only to be met with evolved and tougher strains of bacteria that will only be sensitive to a new formulation. A team of scientists from the University of Birmingham in England recently discovered a new bacterial defense mechanism that may offer them the ability to neutralize antibodies and use them to their advantage in order to advance new medications.
A Pseudomonas infection can be difficult to treat and can inflict significant lung damage, especially in people with impaired airway clearance such as cystic fibrosis and bronchiectasis. Bronchiectasis can result from a prolonged, poorly managed infection, and it manifests as a persistent cough, accompanied by shortness of breath and chest pain. A respiratory infection from Pseudomonas aeruginosa is a serious concern among individuals with cystic fibrosis (CF), as well.
In this study, researchers analyzed blood samples from bronchiectasis patients with an active Pseudomonas infection and reduced lung function. They found elevated levels of IgG2 in the patients’ systems, which rendered the immune system useless against the bacteria. These specific antibodies attached themselves to sugar chains along the bacteria’s surface, “distracting” bactericidal complement proteins and helping preserve the bacteria. This discovery of antibodies having more affinity to bacterial sugar chains prompts many questions in the research and development of antibiotics, vaccines, and immunotherapy.
In related news, clinical stage biotechnology company GlycoMimetics, Inc. develops drugs that mimic the molecular structure of carbohydrates involved in important biological processes. Their leading pipeline treatment for this infection is GMI-1051 – formulated to target specific virulence factors that determine the bacteria’s growth and resistance, In studies that involved animal models, this treatment was able to enhance the body’s immunity, clearance of the bacteria, and odds of survival compared to treatment based solely on use of antibiotics.

Bottom Line:
In seeking to combat bacterial mutation, scientists discovered a new bacterial defense mechanism that may lead to the formulation of new medications.
They found elevated levels of IgG2 antibodies in bronchiectasis patients with Pseudomonas infection and reduced lung function
These antibodies attach themselves to sugar chains along the bacteria’s surface, “distracting” bactericidal complement proteins and rendering the immune system useless against the bacteria