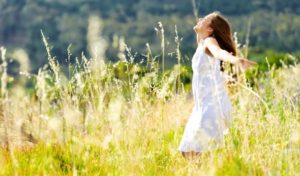 structure, according to the authors of “Children and Young Adults in the USA Have Better Lung Function Compared with the UK,” which was published in the journal BMJ Thorax.

“At this stage there is a lot more work to do to identify the cause of the differences,” stated Dr. Diana Bilton, Chair of the UK Cystic Fibrosis Registry steering committee, in a news report. “It is important that we all look at our practice… check whether we are using the medicines already available in the best way. We also need to look at how we deliver care.”

Dr. Bilton’s comments were fueled by an analysis of 2010 data from the US and the UK involving cystic fibrosis patients aged six to twenty-five years. Lung function was 3.31% higher in US patients, which may be a result of medication and routine medical practices.

In the United States, it is common for patients to be treated only at specialist centers, whereas in the United Kingdom, patients generally see a specialist once a year and see a pediatrician, rather than a cystic fibrosis expert, in the interim. “Comparing clinical outcomes between countries can be informative where clear differences in care models and treatment approaches occur and it is important that we learn from other countries,” stated Janet Allen, Director of Research and Care at the Cystic Fibrosis Trust.

On top of frequent specialized care, American patients receive different therapies than those in the United Kingdom. Chronic pulmonary therapies and chronic macrolide antibiotics are used more often in the United States, and the use of hypertonic saline and rhDNase is most strikingly different.

Although the data was from 2010, which allows time for changes in healthcare that may have evened out the imbalanced lung function by the current year, the report identifies the potential 10 need for more aggressive treatment of cystic fibrosis in the United Kingdom.